Some people are just jerks. They are young, have an immense amount of talent, and know exactly how to use that talent to make remarkable works of art. P.T. Anderson is one such jerk, though I suspect he is only a jerk because I am jealous. I am jealous because he made Magnolia, one of the best films of the 1990’s, when we wasn’t even thirty. Anderson, following in the footsteps of young auteurs like Orson Welles, has managed to craft several great films in a small amount of time.

Magnolia is one of my favorite films, one that I appreciate more fully and deeply with each subsequent viewing. It is an involving drama, circling around the lives of a multitude of characters. That these characters do not get confused or lost in the shuffle is but the first of many achievements.

The script is tight and delicately balanced, following the lives of several people as they live out one particularly eventful day. These people seem disparate at first, but as the film gently unwinds ties and connections between the characters become clear. The movie progresses deliberately, with patient pacing that make the three hour runtime enjoyable. As more is unveiled about the characters they become simultaneously more sympathetic and less likeable. We first get to know them as people, and continue to care about them after their flaws are made apparent.

It would take an experienced cast to pull off such three dimensional and complex characters, and Anderson managed to round up one of the best ensemble casts in the past few decades. There aren’t really any lead actors and supporting actors; instead, everyone gets the screen time their character deserves. Philip Baker Hall plays Jimmy Gator, the host of a long-running game show. He and the people who work on the show are ripped straight from Network [reviewed here], a film IMDB lists as P.T. Anderson’s favorite. Baker has cancer and is dying. As a result he attempts to reconnect to his daughter, Claudia (Melora Walters). Claudia has been in trouble with drugs, although a new man enters her life. Policeman Jim Kurring (John C. Reilly) is an honest man, proud to be a cop. He is lonely, though, and even though he suspects Claudia is a drug-user he can’t help fall for her.

Meanwhile former gold-digger Linda Partridge (Julianne Moore) is distraught. Her elderly husband, Earl Partridge (Jason Robards), is dying of cancer. She has a guilt complex that seems to be both partially caused and exacerbated by her need for prescription medication. Earl’s at-home nurse is Phil Parma (Philip Seymour Hoffman), a kindly man who tries to help Earl reconnect with his long-lost son, who just might be the nefarious Frank Mackey (Tom Cruise). Mackey has made a career out of teaching men how to score with women, and not just score but succeed at all costs, without any thought for anyone else. It may just be coincidence, but Earl Partridge just happens to own the television company that produces Jimmy Gator’s television show. 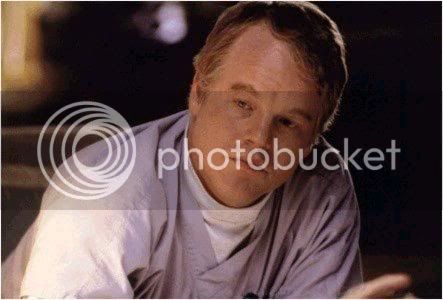 The film poses that question at the beginning: is it coincidence? There are plenty of coincidences in the film, but perhaps this is just how life is? The opening sequence, featuring a narrator describing some odd scenarios, embeds this question in the viewer’s mind. Another theme that seems to be present involves the total depravity of humankind. There is hardly a character in the film without some sort of deep flaw, or engaged in activity that is either illegal or immoral.

The way the film presents these questions is immaculate. The intertwining of lives and deeds is precise and meticulous, with superb direction and acting guiding the way. It is unbelievable that Anderson possessed this much talent and composure at such a young age, though in retrospect it shouldn’t be surprising after the technical proficiency he displayed with There Will Be Blood. 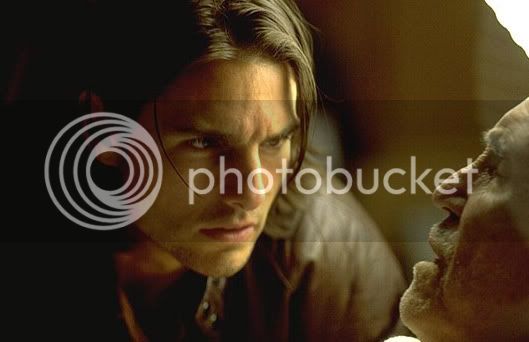 Magnolia is a great movie. It is a thoughtful and engaging look into the lives and souls of an interconnected group of people. It draws me in, time after time, in a way few movies can manage. The emotional depths Anderson reaches are reminiscent of some of Ingmar Bergman’s work, which is high praise indeed. Every time I see Magnolia I am fascinated by the characters and story and impressed with the amazing production. I can hardly wait to see it again.